The Bull Case for the Stock Market 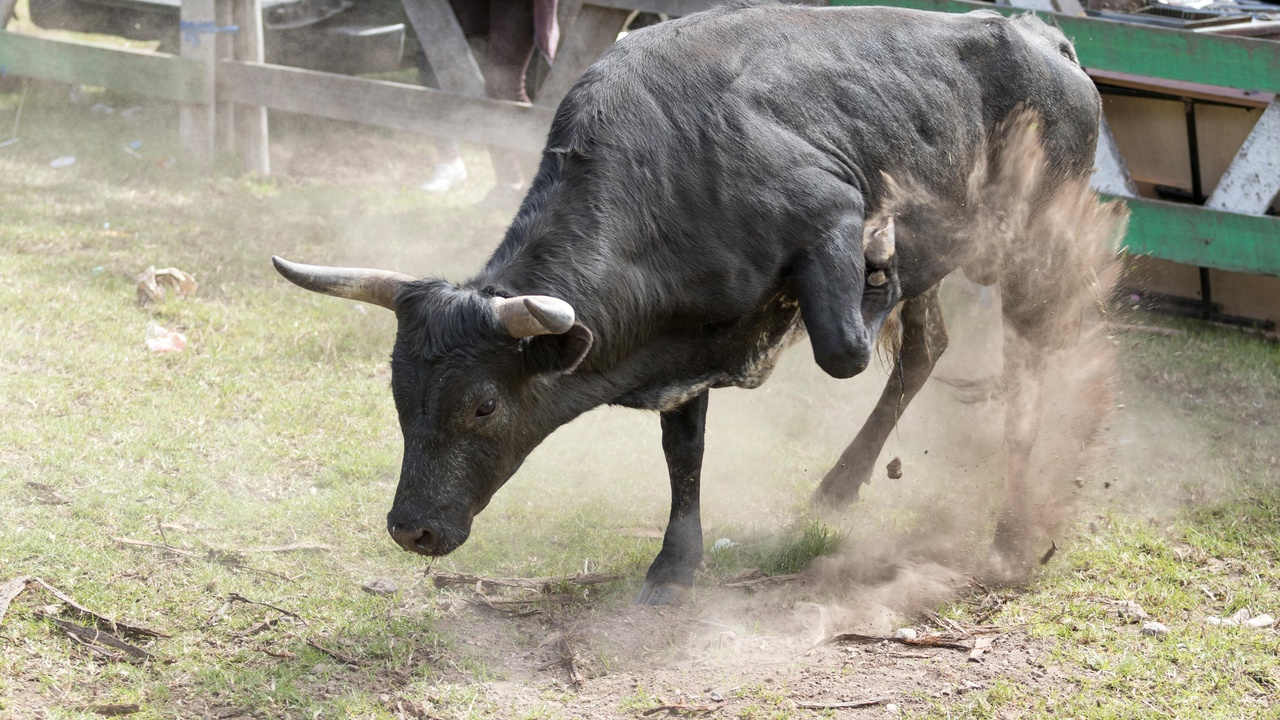 Have we reached a stock market bottom yet?

"Are you kidding me? After the big price drops we've seen the last few days?"

We get it. Pessimism is popular right now. But here we give you an optimist’s case for the market:

Look at the three major stock market benchmarks – the Dow Jones Industrial Average, the S&P 500, and the NASDAQ. They all have one thing in common. Each index hit its low for the year on June 16th, 2022. In other words, the worst day this year for markets (and perhaps for your investment portfolio) was a couple months ago as of this writing. The prevailing investor wisdom right now is this – the market’s direction could go either way. Which certainly isn’t helpful, is it?  What we’re experiencing today is a time of great uncertainty. This is the drum we’ve pounded for a long time – if there is one thing the markets hate more than bad news it is uncertainty. Rather than focus on what we don’t know, let’s focus on what WE DO KNOW:

The biggest storm cloud on the horizon is talk of a recession. Some say we just went through a mild recession. Many others say a recession will be in the next year or so.  In all likelihood we’re in one now. In either case, it’s important to remember two things -- the economy is not the market AND you are a long term investor. Historically, market drops occur before a recession starts and the market spikes up before a recession ends. This is why it is crucial that you not allow talk of a recession to cloud your long term investing outlook. The chart below is key to understanding why you should remain invested, even during a recession: 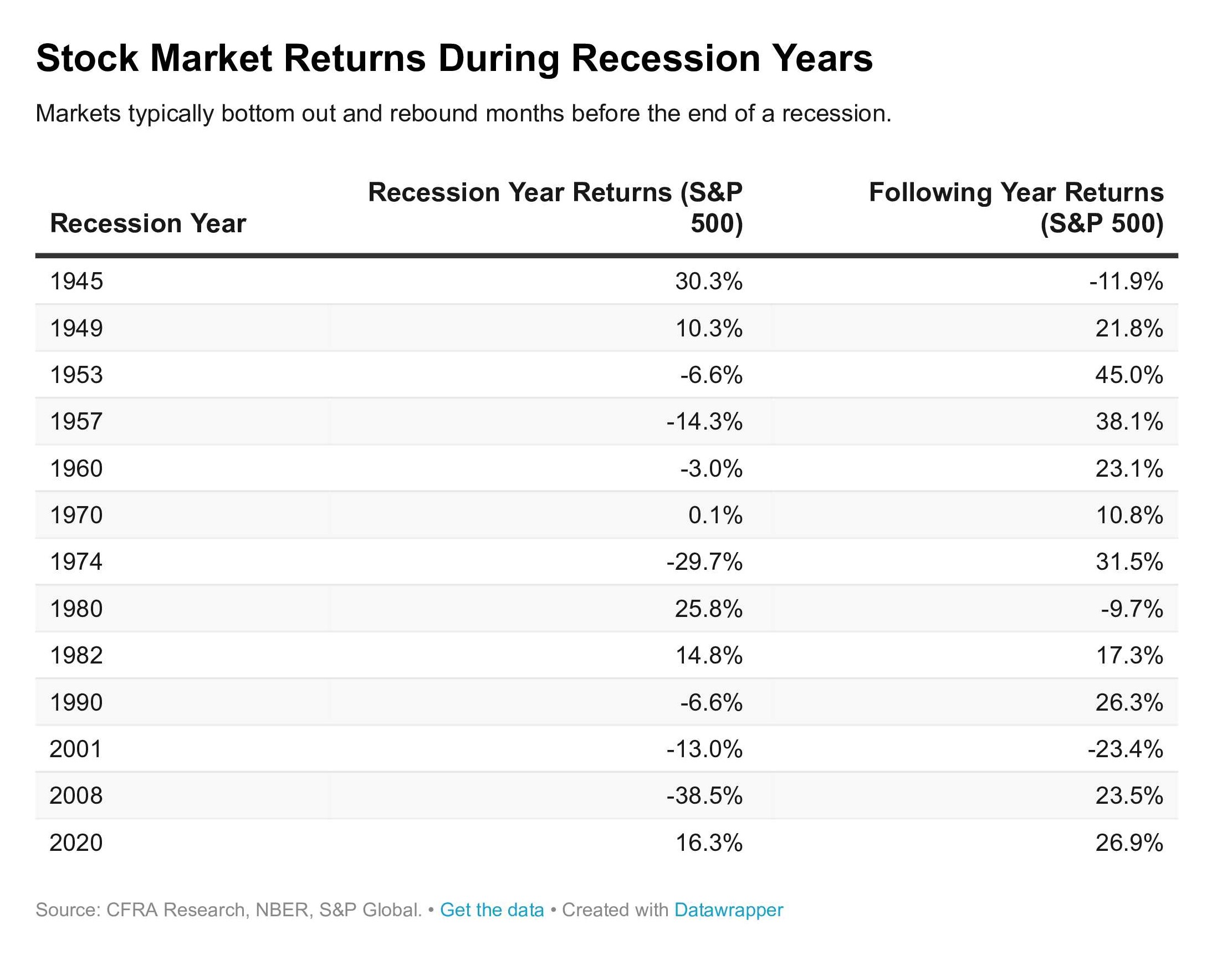 Since World War II, there have been 13 recessions. In the year following the beginning of a recession, the S&P 500 Index ends up positive 10 out of 13 years. In each of those 10 years, double-digit returns were achieved every time! Bottom line – patience to weather storms is necessary if you expect to achieve healthy returns. Source: Forbes

WE KNOW -- the Fed of today has one job, which is to destroy any hint of runaway inflation.

Fed Chair Powell has made it clear that he is “strongly committed” to fighting inflation, and that our U.S. central bank won’t rest “until the job is done”. Jerome Powell quote: CNBC

No reason to doubt him. The Federal Reserve has what is known as a dual mandate. The Fed’s two goals are price stability and maximum sustainable employment.

As such, the Fed essentially has only one job right now -- price stability. Price stability = keeping inflation low and stable over the long term. Can you imagine if the members of the Federal Reserve don’t tame inflation? We can already hear a collective, “You had one job!”  If they get inflation wrong, heads will roll on the Federal Reserve (at best) or they become another government bureaucracy that needs to be overhauled or phased out (at worst). Eliminating the institution of the Fed as we know it wouldn’t be a bad thing, in our opinion, but that is another story for another day.

WE KNOW – that the US has long been a safe haven for international assets.

You think talks of a recession in the US is a dim outlook? Try being in Europe or China right now.

European governments and central banks can’t get out of their own way. That’s not new. What is new is that Russia recently cut off natural gas pipelines to Western European countries. This sets the stage for a looming European energy crisis, which could become particularly acute come winter. Source: Forbes

In China, the policy decisions of the communist regime have all but driven their economy to a halt. It has become so bad that thousands of Chinese citizens have started to demonstrate in front of state-run banks. Some institutions have paused cash withdrawals requests to avoid bank runs, which has served only to spread panic. Source: Medium

What does this mean for you and your portfolio? If nothing else, follow what we’ve been saying for years – limit your international exposure to high quality consistent performers. In times of crisis, the U.S. remains the best of the options globally if you’re looking for stability and safety of assets.

So what happens if inflation is not tamed long term?

In this unlikely long-term scenario, you absolutely want to be invested in high quality companies in the market – not in a checking or savings account. Why? Think about it. Say you had $100 and you are in a high-inflation economic environment. What would you do with the money? You buy groceries before prices continue to rise, or you buy stocks for the same reason. The last thing you would do is sell your stock and leave that $100 sitting at the bank earning nothing. If it costs $100 to buy XYZ stock today, in a high inflationary environment the price of your stock would rise even if the intrinsic value of the stock remained the same. In other words, if the underlying dollars upon which XYZ is valued become devalued, it would take more U.S. dollars to buy that same stock. In this theoretical scenario, the more the U.S. dollar is devalued the larger your numeric balance becomes.

Crypto is the Wildcard

Watch this space closely. We certainly are. We wrote in our last market update that our current market downturn is more akin to the Tech Bubble of the early 2000s than that of the Great Financial Crisis of 2008. In the early 2000s we saw the emergence and early prominence of the Big Tech companies we know today. Within short order, not only has the Tech sector of the stock market dominated public markets in the last two decades, but arguably 100% of the biggest companies in the world today have become (in some form) tech companies in their own right. Tech is now seamlessly integrated into our work and personal lives. We believe this same phenomenon will occur with crypto and blockchain technology, resulting in a restructuring of societal and economic norms where the individual consumer becomes more powerful. In the coming years, this will look and feel different than the way we’ve described it here. Crypto is not going away. The next generation of tech companies today are entrenched in this space, and the innovation spurred by some of the brightest minds hard at work will have a transformative effect on investment markets that most analysts cannot yet predict.