On Getting Older: Environmental Friendliness 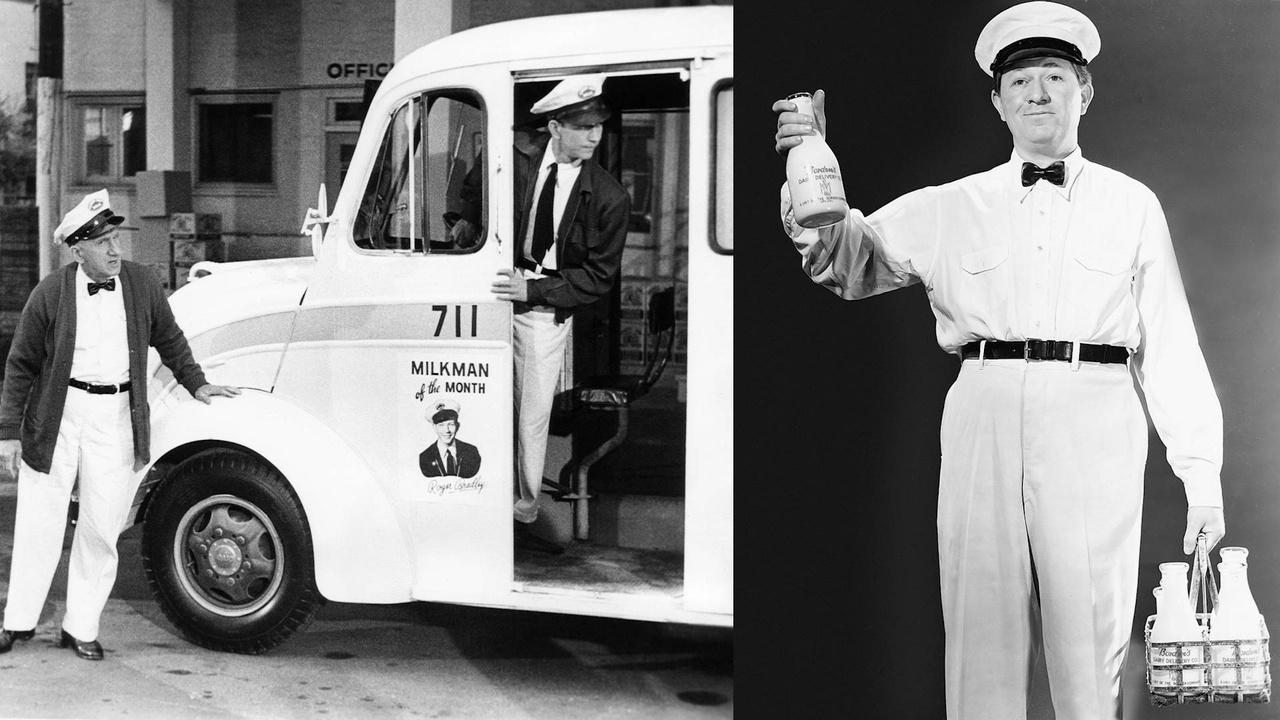 Virtue signaling.  What a term.  Having to show the rest of the world how virtuous you are.  Done by putting up appropriate banners at your house, driving one of those teeny tiny Smart Cars, or an electric vehicle, or some such.

I’ve got news for you young people – you should take some lessons from your elders.

How it used to be

When I was growing up, we had a milkman.  Everyone had a milk box, which was just that – an insulated box at the head of the driveway or on the front porch.  The milkman delivered the milk to that box in glass bottles and collected the returns.  My mother would rinse the bottles we’d emptied and replace them in the milk box along with her completed form for her next order.  He came on a schedule, and there was no waste – the glass bottles were used over and over again.  The milkman was an employee of a local dairy, so everything he delivered was fresh and organic.  Organic?  Yes! There was no other kind of food back then.

The egg lady was someone we knew from church.  She also had her rounds and would deliver eggs freshly laid by her hens.  The cardboard egg cartons were used over and over by her various customers.

At the grocery store there was no other option than paper bags.  Connecticut had a recycling fee, so consumers returned their used beverage containers for $.02 per can or bottle, I think it was.  The effect?  Clean streets.  Homeless people and young people were diligent in picking up anything that could be redeemed for some coin.

My mother didn’t have a clothes dryer.  There was a clothesline in the back yard, and she hung the clothes out to dry.  Or, during inclement weather, there was a line in the basement.  Freshly laundered sheets that were dried in fresh air and sunlight have such a sweet smell!  Even in cities, people had clotheslines on pulleys that went building to building.  No energy consumed except solar.  (NOTE to husbands:  Who wants to be the first to install a clothesline in the back yard and ask your wife to use it?  Let us all know how that goes for you.)

We saved newspapers and magazines (yes, people read what we now call print media back then) and bundled them up because some scout group or another was always having a paper drive.

There was a coffee can under the sink where my mother kept the bacon grease to use for another fried meal.

We had a compost heap.  Good meal scraps went to the dog, and what remained to the compost heap.  We used that to fertilize whatever it was we were trying to grow.

What would shock people today is that we burned our trash outside.  Most suburban homes had a big oil drum at a safe distance, and it was my job to take the trash out and burn it.  There was never much, as most of the family trash was dealt with as I described above.  And not many cans other than those for the tomato paste my mother used to make sauce.

Remember – my parents were products of the Great Depression.  A common jingle of that time was this:

There simply wasn’t a lot of solid waste.

Now, water pollution was another story.  Once as a young guy my father and I were paddling a kayak out in New Haven Harbor.  We came up an inlet until the water turned a pukey green and gave off a chemical stench.

And the air pollution – industrial smokestacks belched smoke with impunity.  In fact, so did people.  I remember as a young boy when my father quit smoking.  Look at any 1940’s movie – everyone chain smoked and drank like fish.  My grandpa smoked much of his life.  In fact, I remember giving him cartons of cigarettes on Father’s Day and other holidays.  It was a done thing back then.

But virtue signaling?  It wasn’t a thing.  Everyone lived conservatively and didn’t waste – the concept of planned obsolescence hadn’t even entered the vocabulary.  I'm quite appreciative of the fact that people seem to collectively see the world as a shared environment, and one which we must all maintain and care for.  The air pollution in New York City a week ago is nothing compared to what it used to be.  Healthier lives for us all.  I just hope better minds than mine will come up with a solution to dispose of all those spent auto batteries that we're about to be deluged with.