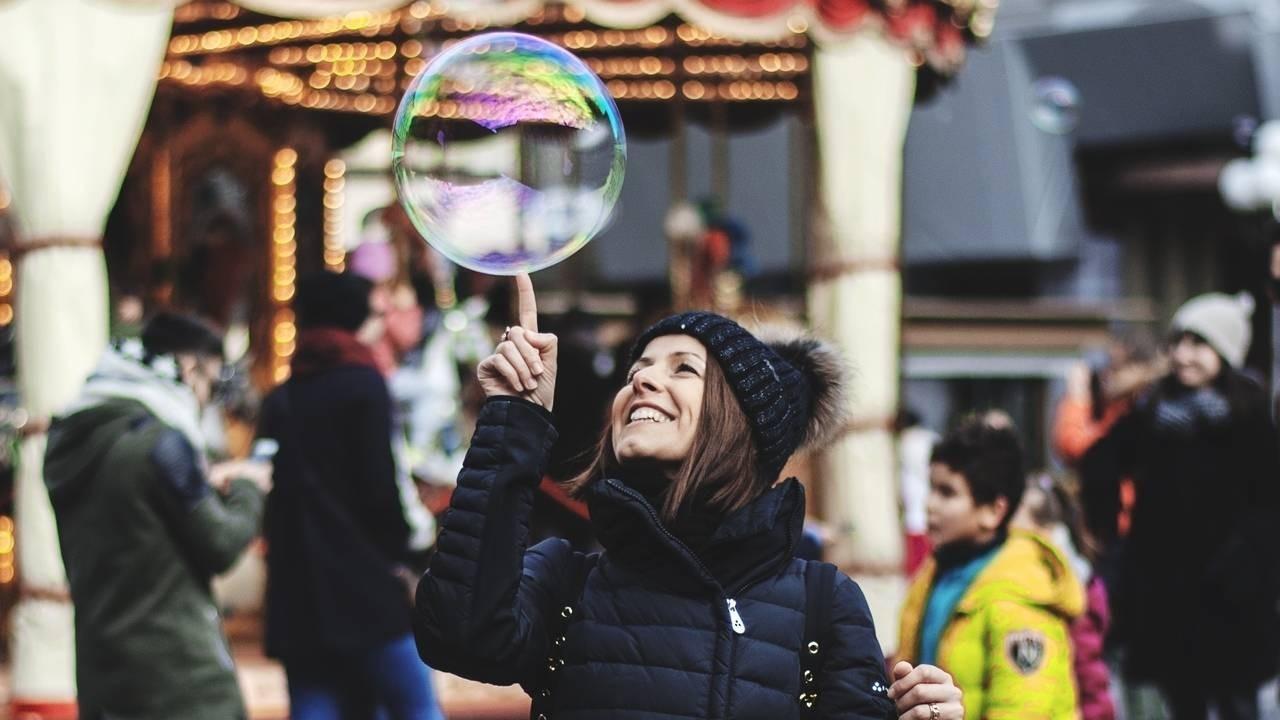 I’m sure you’ve heard the term before:  asset bubble.  Sounds ominous, because a bubble is generally something that’s going to pop.  On the other hand, I think of bubbles with champagne.  So there are two images, both conjuring up a party that has to end at some time.

What does the term refer to in terms of market valuations?  It means simply that at some point assets will be trading at a price that’s too high, and that the price will come down – maybe gradually, or maybe by a pop.  Why is there so much in the financial literature today about asset bubbles?  Because there appears to be a big asset bubble in the making.

Before I go on, let me define two terms:

Where I’m heading with all this is to the business cycle.  It is normal for an economy to have a cycle.  There is growth up to a peak, and then a decline to a trough, and growth back up to anther peak.  During the times of growth the rising tide lifts all boats, and it is easy to make money.  Consumers are spending.  At the decline, however, consumers act reasonably:  they cut discretionary spending back.  During this time luxury manufacturers might suffer.  Consumer staples are steady:  people will always purchase their prescription drugs, food, and toilet paper.  Big ticket items lead the way out of the trough:  at some point one can no longer repair the refrigerator or the car, and its time to buy a new one.

So where are we in the business cycle?  Enjoying an unprecedentedly long expansion.  Financial writers figure that the party has to end soon, and a recession must be coming.  That was what we read a lot of in the early part of 2019.  Now, prognosticators see a continued expansion of the economy, and thereby stock prices, but with the warning bells that an asset bubble is being created.

Now I’ll put it all full circle.  The Federal Reserve is in stimulus mode.  Interest rates have come down from the highs of 2018.  There may be more loosening still this year.  This means that money is cheap to borrow.  The businessman figures that if capital costs little, then this may be a good time to expand the business.  The income investor is hurt, though:  there’s no return on fixed assets.  Rates on CDs and money markets are in the toilet.  So where does this investor go?  Into common stocks.  He has to take on more risk that he wants to just to get some kind of return.  This has the effect of bidding up stock prices and potentially creating a bubble.

So is a recession immediately on the horizon?  No, we think not.  But if another 9/11 happened, or some other large traumatic event, the market could very well get spooked.  Look at what’s happened just the last few days with the Corona virus.  Big drop in the stock market.  But haven’t we seen all this before – with SARS, and ZIKA, et. al?

At CameronDowning we distinguish between money that is for saving, investing, and speculating.  We focus on the investing, of course.  Saving is for money that belongs in a bank because you have a short time horizon for using it and don’t want any investment risk.  Speculating is what you do when you buy a lottery ticket, or a share of a new unproved company.  We help our clients invest for the long haul.  And as I like to remind people, buy good stuff, because it is still good stuff even if the price changes.